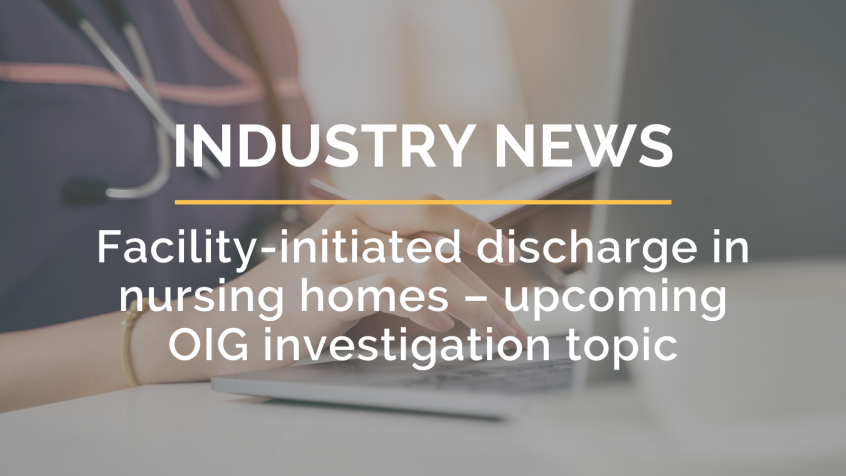 In November 2020, the Office of Inspector General (OIG) announced an upcoming topic of investigation for the office.  (Bolding in next paragraph added by me.)

The transfer or discharge of a resident initiated by a nursing home can be an unsafe and traumatic experience for the resident and his or her family. To address these concerns, Congress passed the Nursing Home Reform Act of 1987 to protect residents against inappropriate facility-initiated discharges. However, data from the National Ombudsman Reporting System show that from 2011 through 2016, the Long-Term Care Ombudsman Program, established to advocate for older Americans by the Older Americans Act of 1965, cited complaints related to “discharge/eviction” more frequently than any other concern. In addition, the media has recently highlighted the rise in nursing home evictions. CMS estimates that as many as one-third of all residents in long-term care facilities may experience a facility-initiated transfer or discharge. In other work, we are examining the extent to which nursing homes meet CMS requirements for facility-initiated discharges. In this work, we will determine the extent to which State long-term care ombudsmen, State survey agencies, and CMS address facility-initiated discharges from nursing homes.

Keep track of this topic here.  Note that the expected issue date is FY2022.