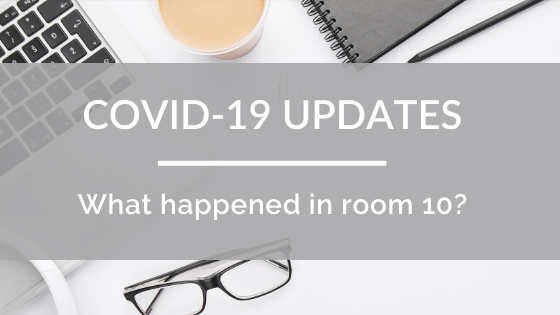 What Happened in Room 10? is a piece written by Katie Engelhart and published August 23, 2020 in the California Sunday Magazine.  Being from the Midwest, I had never heard of this magazine until I spotted the thread in Twitter that afternoon.  It’s a stunner, to be sure.  At times I found it hard to read (I’m a passionate supporter of long-term care as well as the individuals that live and work in those communities.  I’ve had decades of direct work experience in LTC as well as many years of being a family caregiver - daughter, grand-daughter and niece – for several loved ones.  I can assure you, the view is much different depending on your role in a caregiving situation!)  This piece grabbed me from the beginning as it’s told from a resident’s perspective – Helen.  We get to meet her roommate Twilla as well as a couple of their family members and staff.  Here’s an excerpt from the beginning of the article:

“That Tuesday night, Helen lay awake and listened to her roommate dying. She heard the nurses moving around. Their whispers. She heard the heaving of the oxygen machine. At some point, someone had closed the curtain that divided the room, but it didn’t do much to mute the noise. The beds were so close together that each woman could hear the other breathing — and that was true on a normal day, before the coughing.

It was four days into the outbreak. Or, rather, it was four days since the Life Care Center of Kirkland, a nursing home in Washington state, had publicly confirmed the existence of a coronavirus outbreak. From Room 10, where Helen and Twilla had lived for more than a year, the women couldn’t see the nurses wheeling sick residents out the front door to meet the ambulances in the parking lot — sometimes holding white bedsheets around the stretchers to shield the patients from the photographers waiting at the side of the road. Room 10 faced inward, toward the courtyard, and it was quiet there. Still, from their beds, the women could hear nurses running down the hallway. The sound was conspicuous because people don’t usually run inside nursing homes.

Later, the story of the Life Care outbreak would be flattened by the ubiquitous metaphors of pandemic. People would say that COVID-19 hit like a bomb, or an earthquake, or a tidal wave. They would say it spread like wildfire. But inside the facility, it felt more like a spectral haunting. A nurse named Chelsey Earnest said that fighting COVID was like “chasing the devil.”

The reader is absolutely drawn in by this author’s skillful and caring account.  We are introduced to several players in the Life Care Center.  (This happened in Kirkland, WA but I daresay it has or could have happened in any facility in any city or state in this country.)  Katie Engelhart spent months investigating the country’s first nursing home outbreak – 46 people died there.  Katie’s own words: “This is a debate about perspective: whether Life Care failed or was failed, or whether this was just the inevitable way of the virus…Were those deaths inevitable, once the virus got inside the building?”  Katie explores everything – Helen and Twilla, their loved ones, nursing home finances, regulation.   The perspective she chose is priceless and well-deserved.